Namas-Day: Best Yoga For You 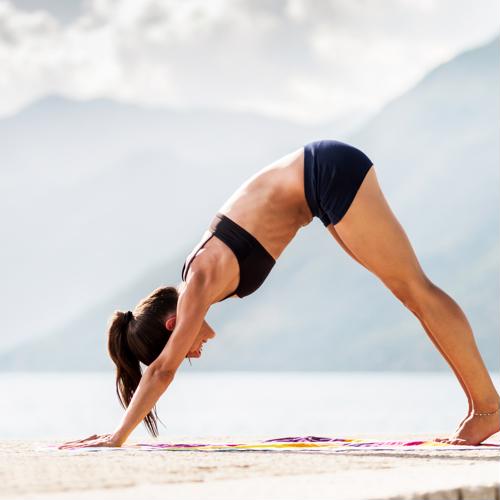 Declared International Yoga Day by the United Nations General Assembly, today is a day to find the Yogi in you. Yoga originated in India using breathing techniques, exercise, and meditation to improve one's physical, mental and spiritual health and happiness.

Staying positive and focused are just two benefits of Yoga. The increased flexibility you garner improves muscle strength, while the breathing technique you master helps maintain whole-body wellness and balance your energy.

With its various forms, there is a slew of benefits. From Power sessions, which focus on high-intensity muscle building to Bikram, known as ‘hot yoga’ which works on challenging poses in hot rooms to Vinyasa which is a common form of flow poses to Ashtanga which hones in on special breathing techniques to Iyengar which uses blocks and straps to align your body.

Ready to stretch your spine and shoulders? Try Uttana Shishosana, the Extended Puppy Pose. Get onto all fours, walk your hands forward a few inches, curl your toes and exhale! Avoid letting your elbows touch the ground, while you drop your forehead to the floor and let your neck relax. You will feel a nice long stretch in your spine. Hold that pose for 30 seconds!

Gomukhasana, known as the Cow Face Pose, stretches your hips, thighs, and triceps while Viparita Karani, known as Legs-Up-The-Wall Pose, relieves cramped legs, backache, and calms the mind as you keep your legs vertically in place against a wall for five minutes. 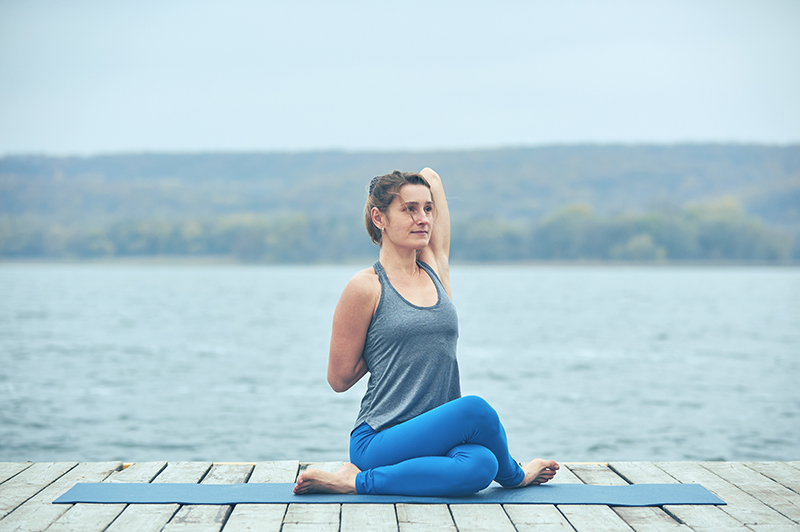 The practice of Yoga is based on cultivating spiritual development of body and mind. ‘Yoga’ comes from the word ‘yogah’ in Sanskrit, which means to unite yourself to the consciousness of the universe, and, in turn, you gain wisdom. Sanskrit is an ancient language of India, dating back more than 6,000 years.

Namaste [pronounced: nuhm-uh-stey] might ring a bell. It’s a greeting used when starting and ending a Yoga session to acknowledge the light within you. Namaste! 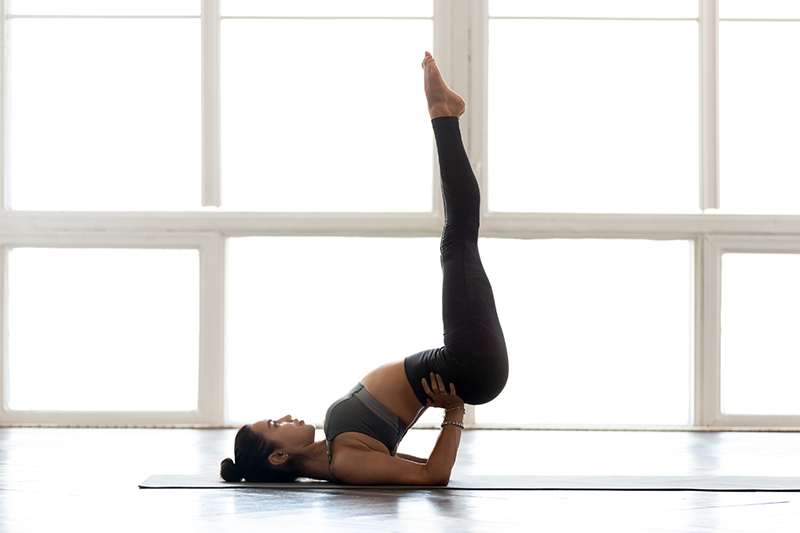 TTS Insider: Looking to get a bit of clarity and invigorate your sense of self during yoga? Try lighting up an ELEMIS Life Elixirs Clarity Candle, created with a blend of eight essential oils. It will awaken your senses as you inhale deeply and clear your mind.

Namas-Day: Best Yoga For You